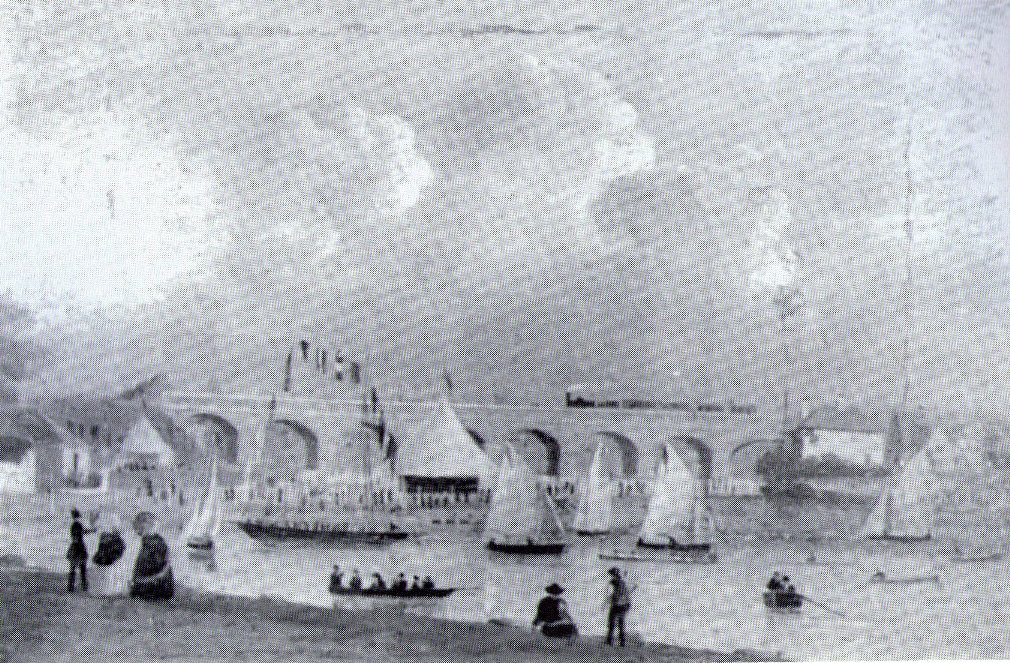 r Boat Club started in history way back in the 1800s. By 1850 there was a definite organisation in existence, at that time called Fareham Rowing Club. There were few leisure sailing craft in those days, rowing boats being readily available. By forming a club they were able to acquire matching “sculls”, “pairs, “fours” etc. The Crimea war restricted activities, but in 1858 the Fareham Rowing Club staged a Regatta, which included sailing races. The Club purchased two barges near Salterns and used them to store their rowing boats. The council also helped by building a “Hard” in the same area for them to move their boats in and out at low tide.

Fareham Regatta in the 1800s 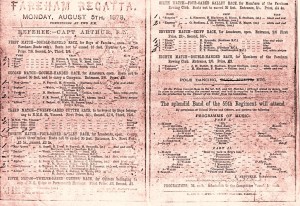 On the 5th August 1878 the Fareham Rowing Club arranged another Regatta, the poster for which can be seen to the right. The original of this poster was framed, and in possession of the Club, but its current whereabouts is not known. If you enlarge and look closely at the poster below you will see names such as Stedham and Blackman, who were associated with the Club before and after this period.

There were a few names changes of the Club at this stage – Fareham Cruising Association and Fareham Aquatic Association, but essentially it was the same people involved. The next more substantial change to the Club came in 1905 with the formation of the Fareham Sailing Club.

In 1905 the Club was restarted as Fareham Sailing Club, with Mr J T See as Commodore, Mr G H Blackman as Vice Commodore and other Committee Members: Westerman, Sutton, Diaper, Hooper, Reader, P See Senior, Simpson and A H Villetard, who presented the Club with its first cup. 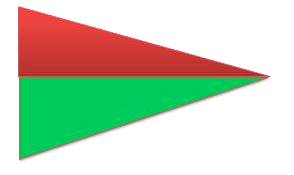 The new Burgee was decided on and Rules were drawn up. With another war over (The Boer War) the new Fareham Sailing Club was off to a flourishing start.

The first race of the Club took place on 29th May 1905 over a six mile course to Pewit Island. A number of the usual incidents took place. Daphne owned by Mr C Abraham carried away a rudder pintle at the start, Fleur De Lys’s spinnaker carried away in Heavy Reach, the brand new dinghy Watersprite built and owned by Mr Percy See drew ahead and maintained her lead to the finish. A character of the Fareham Sailing Club was “Fiery Wassell”, the Club boatman, who apparently was blind. 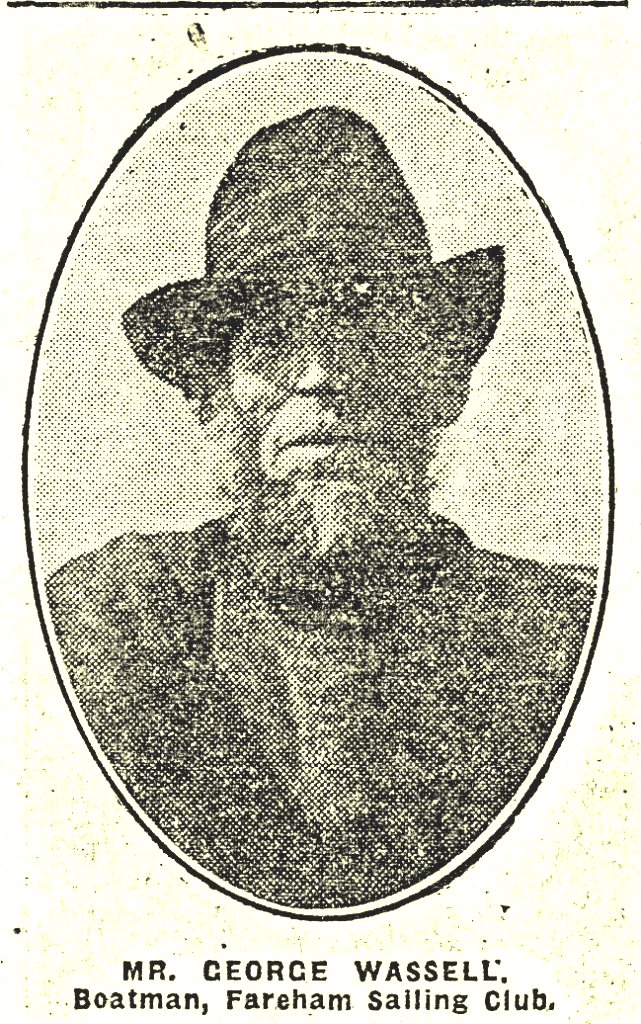 In September 1905 Mr J T See resigned as Commodore and Mr Blackman took over. During this period the Club was very successful in racing at various regattas and races, both in the local area and further afield.

The annual general meeting on 31st March 1910 was dominated by sadness after the death of its 55 year old Commodore Mr G H Blackman. Mr A H Villetard was elected as Commodore and he remained Commodore for many years, but at this ti 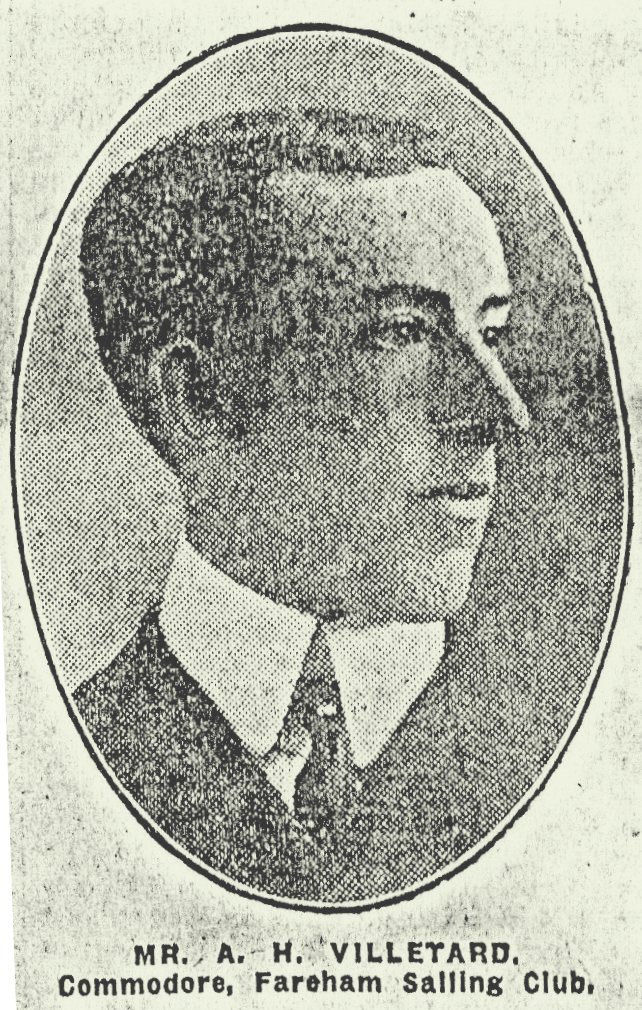 me it is not known how long for as the history of the Club is sketchy after the start of the First World War.

Sailing seemed to have been affected badly by wars, more than any other sport, Clubs usually having had to entirely suspend activities. However, at the end of hostilities, the club would restart again with many old and new members.  The Fareham Sailing Club restarted again after the Boer War and lasted until the outbreak of war in 1914. In this war the Creek was closed for the duration by the Admiralty and during its long spell almost all the Sailing Club records were lost and many Members never returned. 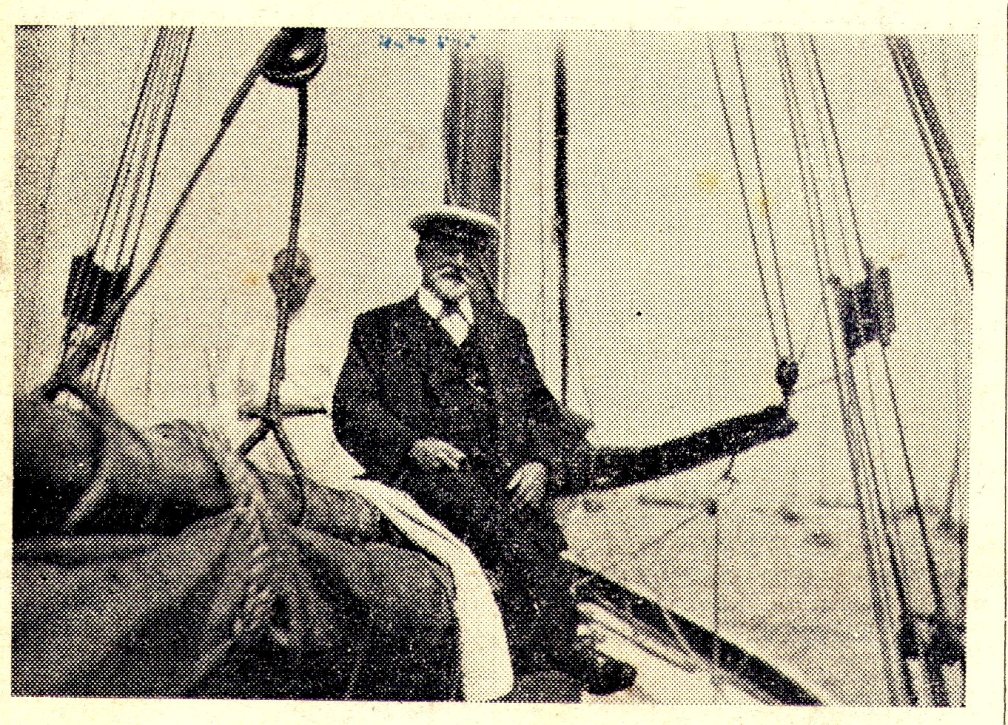